You are here: Home / Crafts / Let’s Have a Party – Mustache Baby Shower Details

Ok, so we’ve talked about the favors, the bean salad and the gift cake from Liz’s shower. I promise this will be the last post but I wanted to show you a few of the other little details from the shower.

The shower was outside at a local vineyard.
{I know that sounds like a funny place for a shower but it is really picturesque and the perfect place for a casual shower} 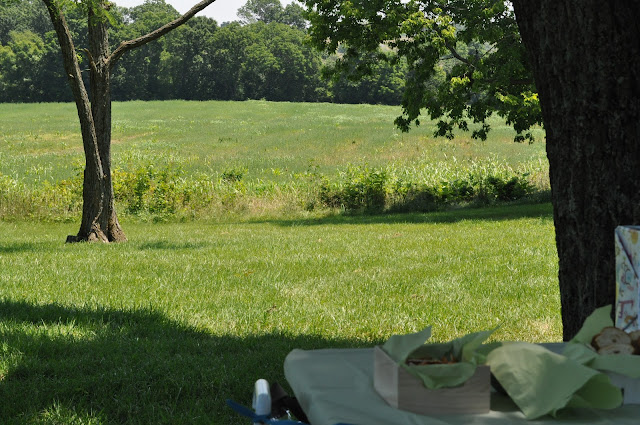 Shopaholic went over with me early to help set up. We covered the food table with a cute little green table cloth and attached the bunting banner to the front. 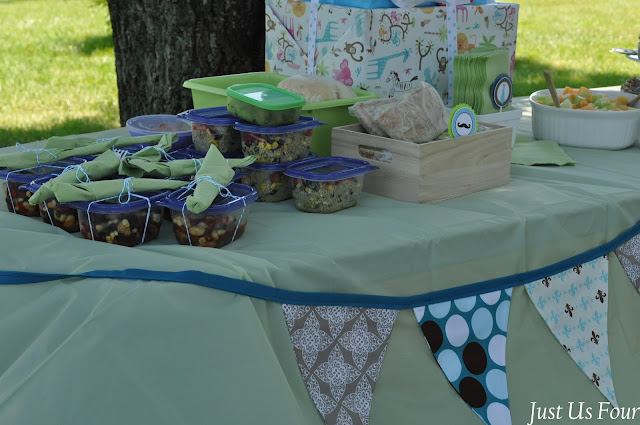 Since we were outside and the sandwiches would be sitting out for a little bit while we waited for our guest of honor to arrive, I wrapped them all in plastic wrap and then put them in a little wooden crate. 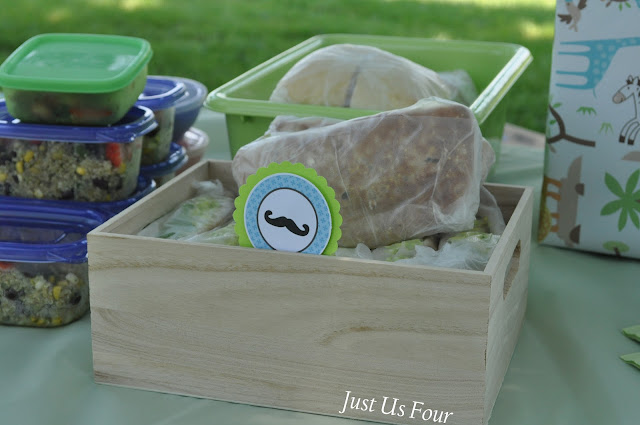 The bean salad was served in little individual containers with the spoons tied to the top I did the same with the quinoa salad but forgot to take a picture. 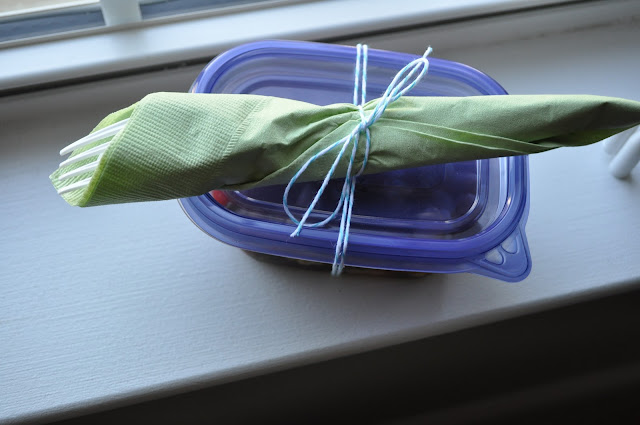 The cupcakes had icing made to match the little cupcake toppers 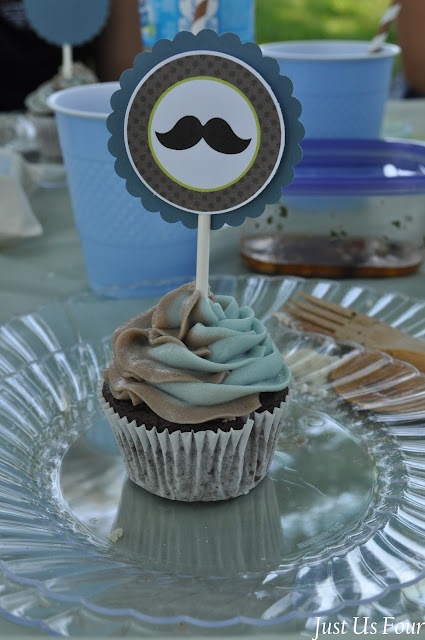 I used the nearby picnic table for seating. I covered it with another green table cloth and then put out place settings that included these really cute bamboo utensils 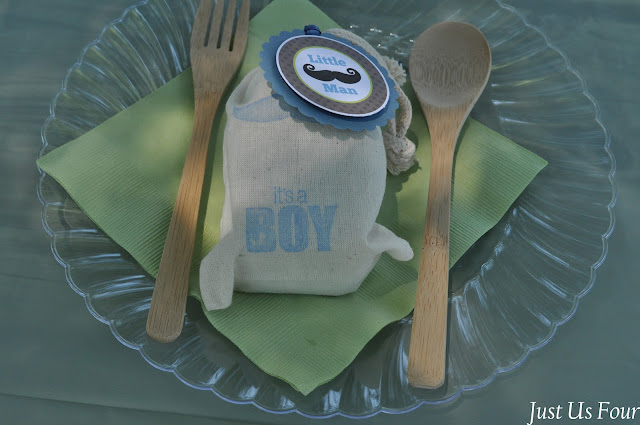 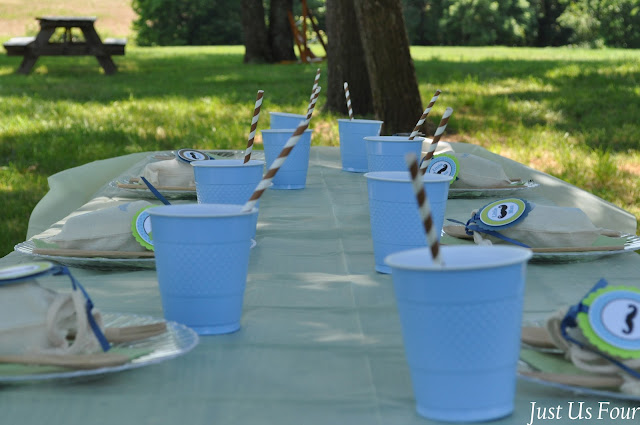 Some other random pictures from the day 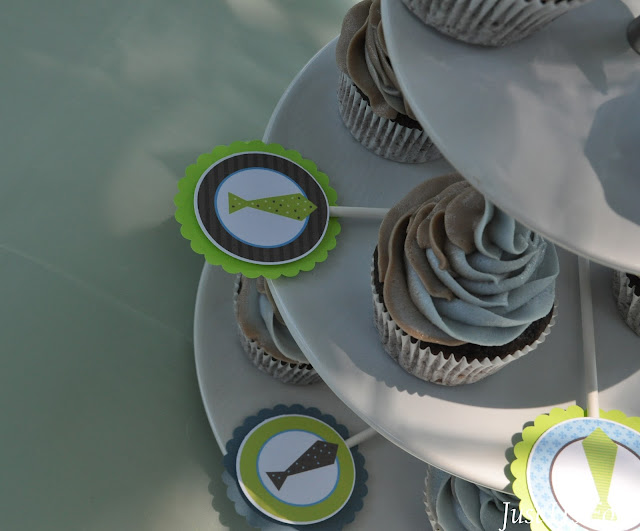 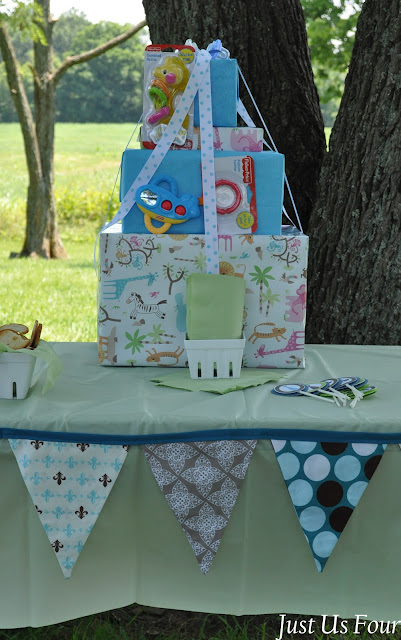 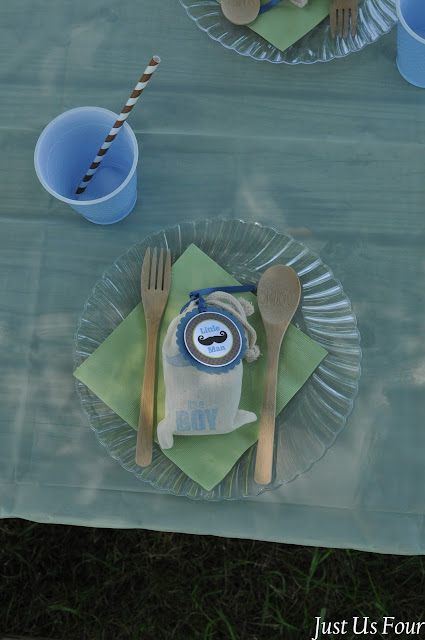 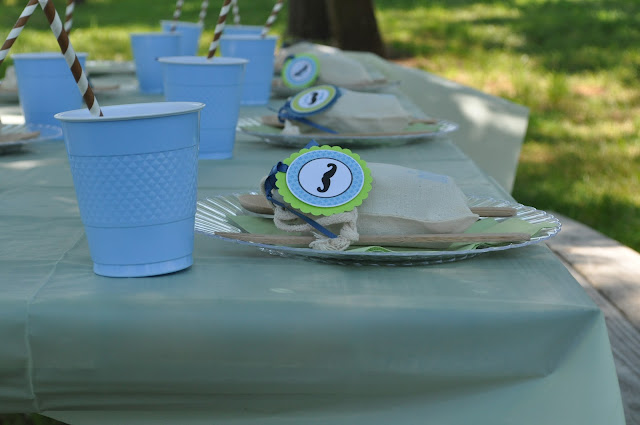 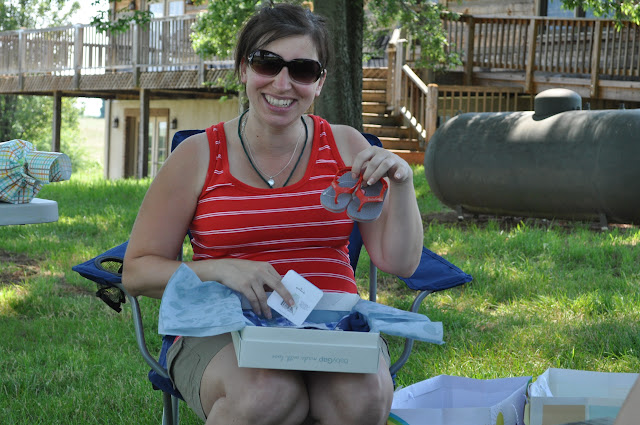