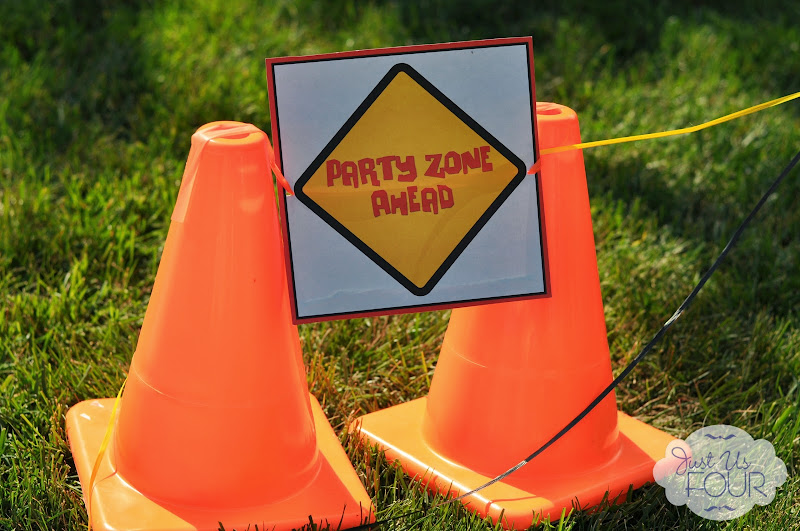 My little guy’s favorite book is Goodnight, Goodnight construction site so I worked with Donna to customize some party printables for my favorite boy’s party.
Guests were greeted with an extension cord wreath announcing the party 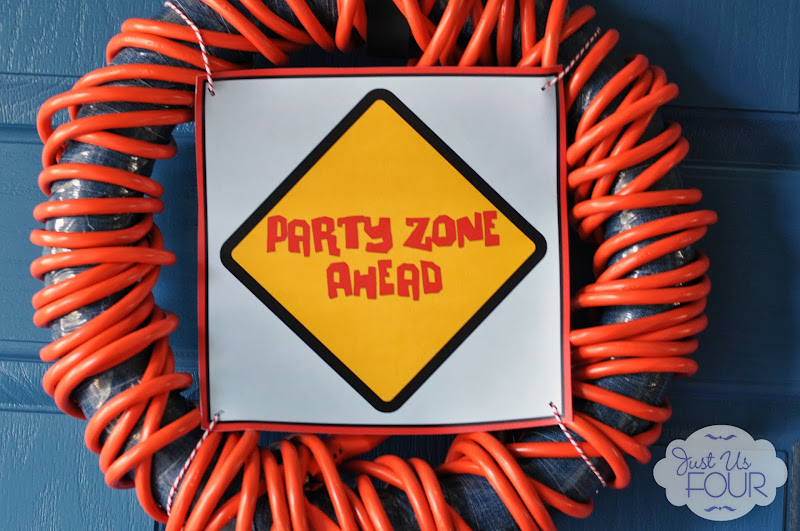 To keep the kids occupied, we had several different stations set out in the front of the house along with a bounce house for jumping. At one station, the kids could drive the different construction vehicles through a container of dirt or “rocks” {really packing peanuts}.  Mostly, they spent a lot of time throwing the peanuts on the ground and then back into the box. 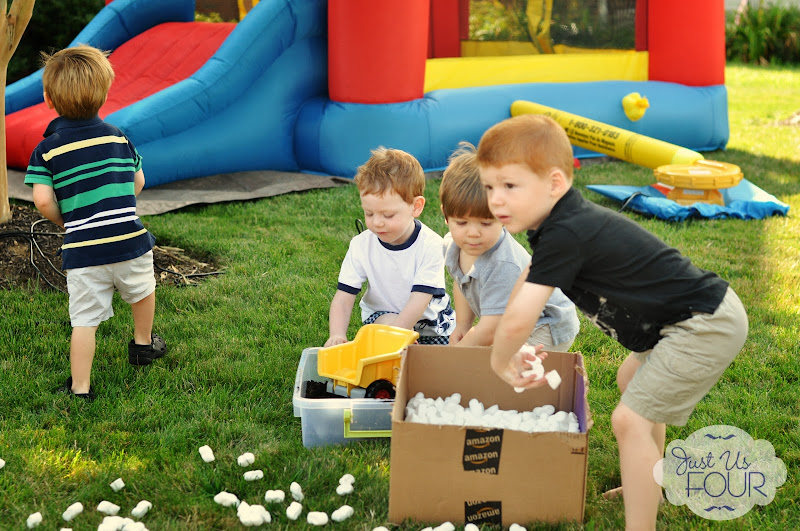 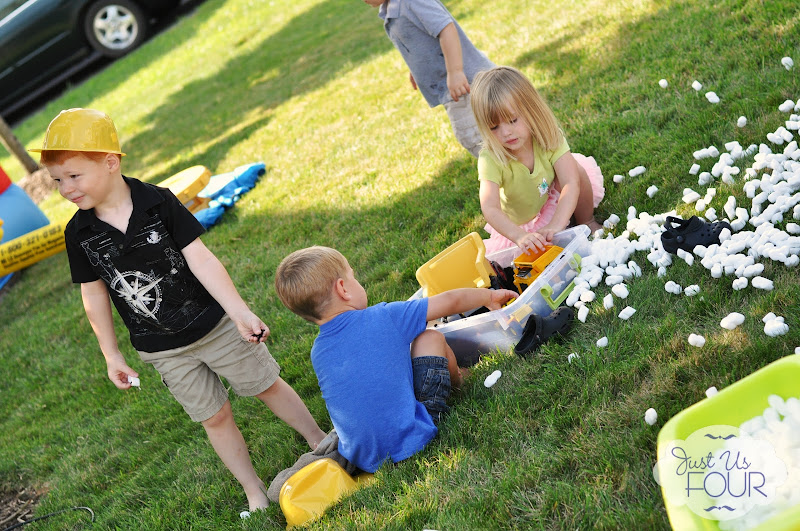 The other station was styrofoam blocks wrapped in white craft paper and tied with orange construction tape.  I put little wooden golf tees in it and let the kids hammer them down with play hammers.
My little guy spent most of his time in the ice we had put into a wheel barrel to cool drinks down for the kids while they were outside. 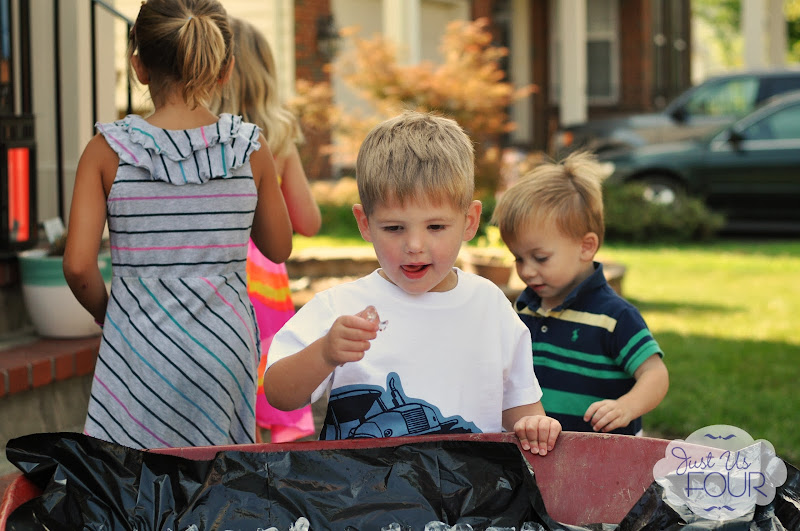 After some playtime, we brought everyone inside for food, drinks and cake 🙂 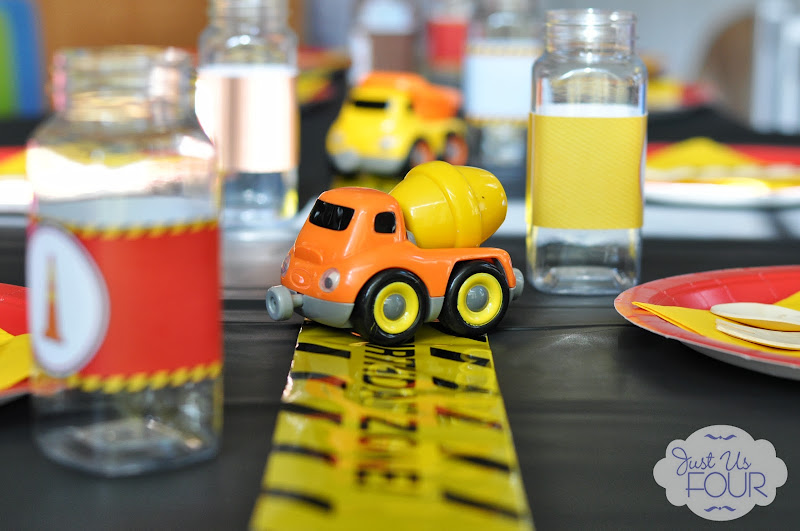 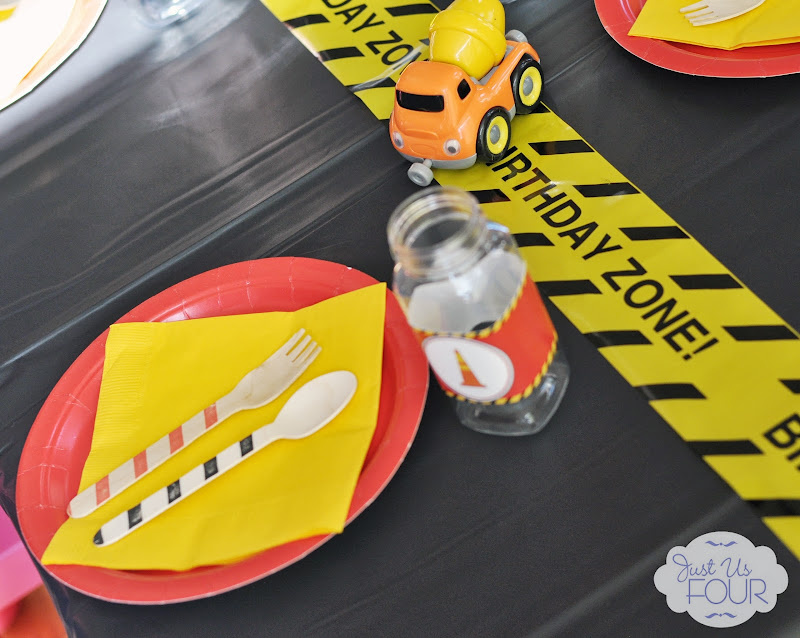 I bought some cute construction fabric from Etsy and made a simple table runner to layer over the plastic one from the party store.

Dump trucks and little tool bins held different types of snacks to go along with our construct your own sandwich bar. 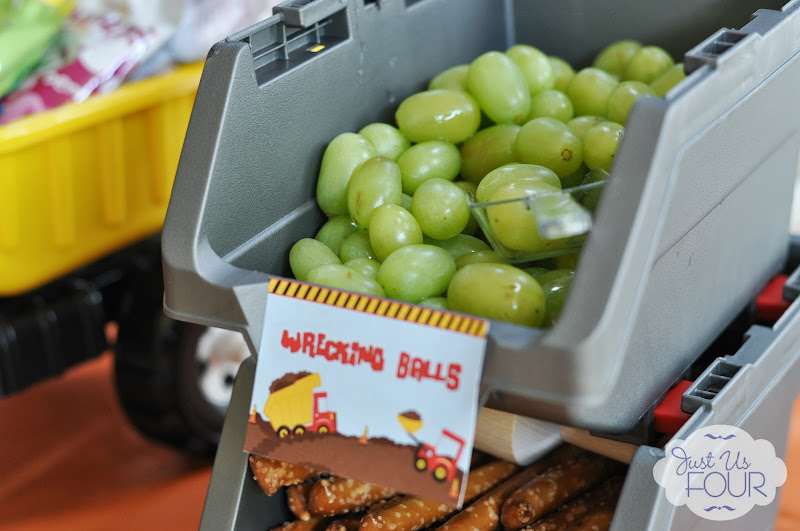 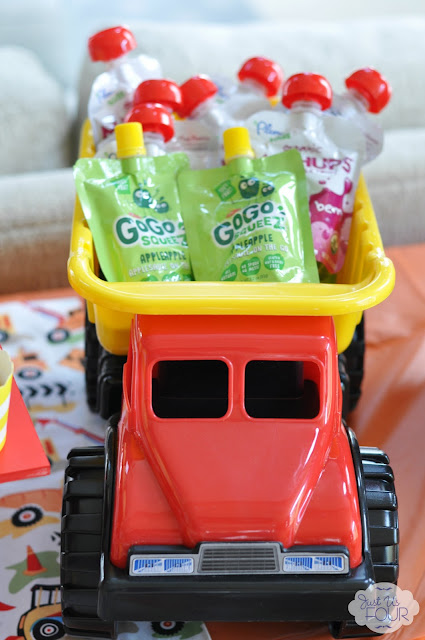 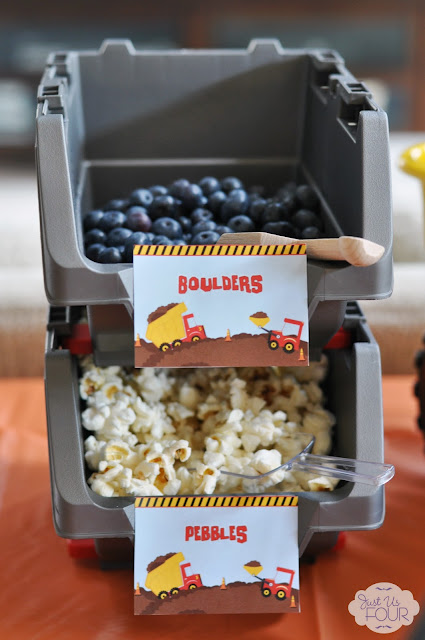 In addition to the little plastic milk bottles, we also had some super cute construction cone cups for drinks. 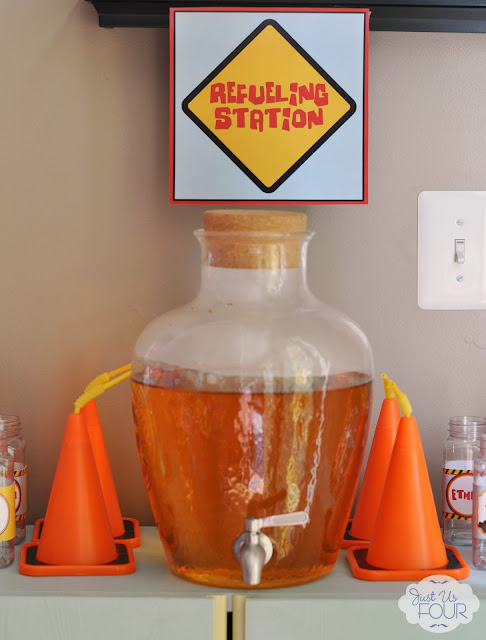 Once everyone finished their sandwiches and snacks, it was treat time! 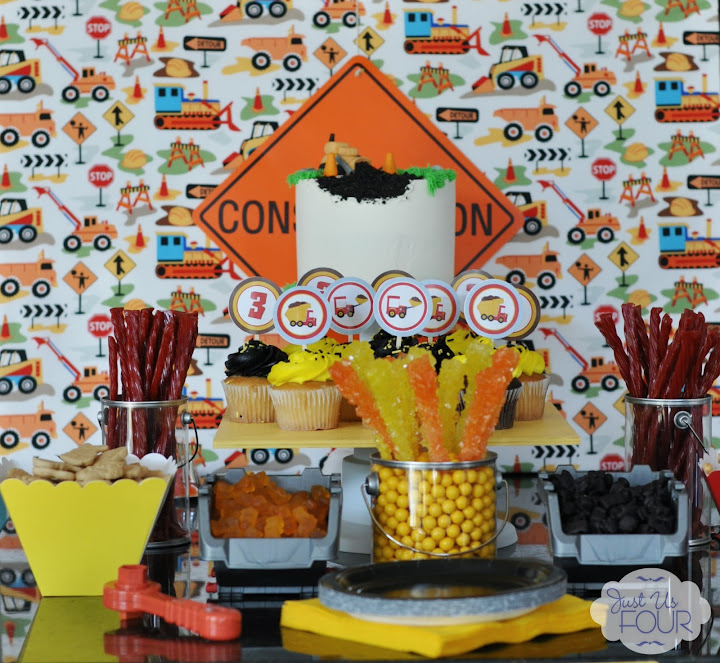 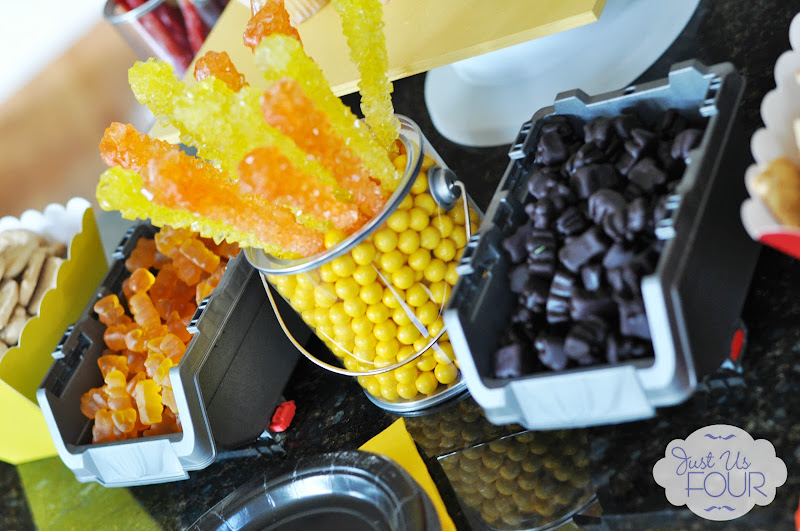 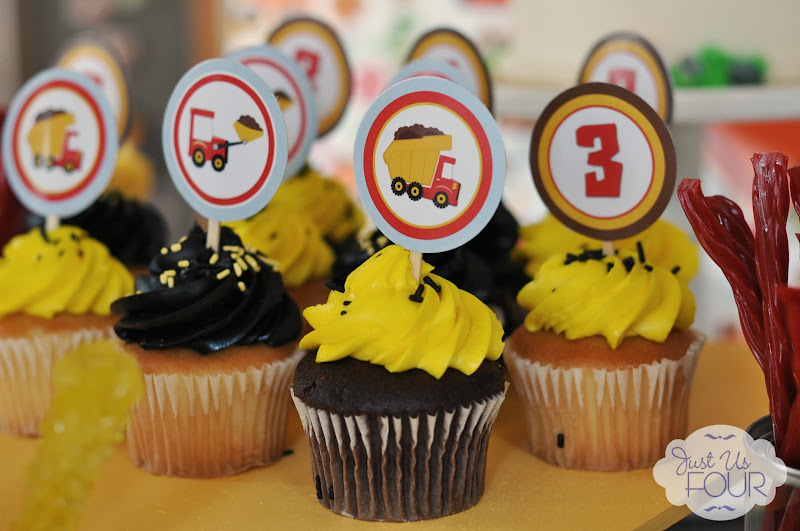 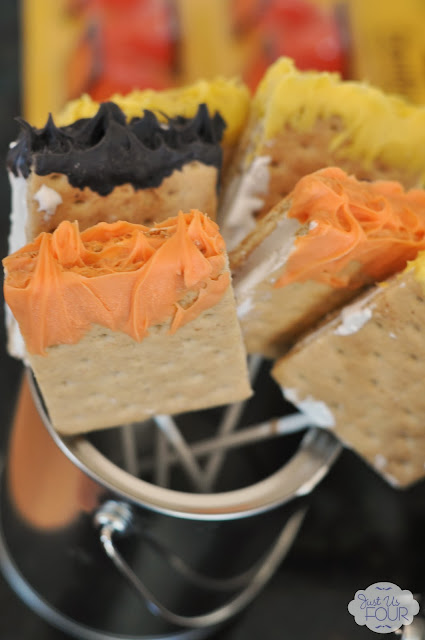 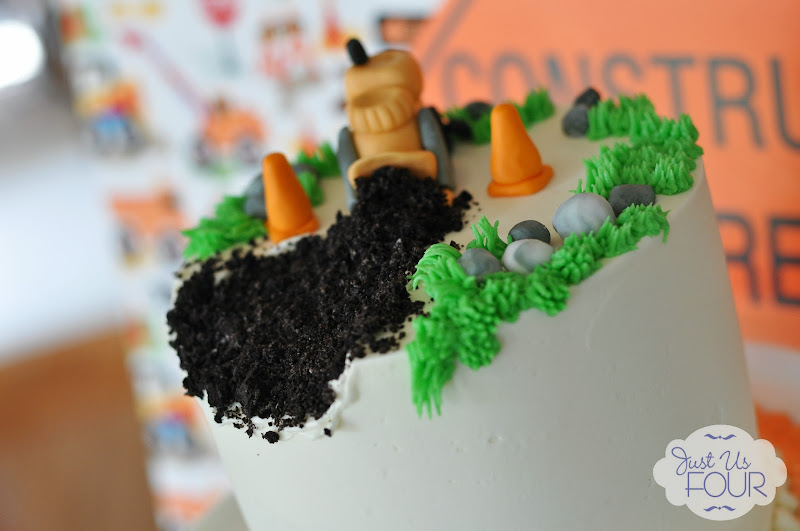 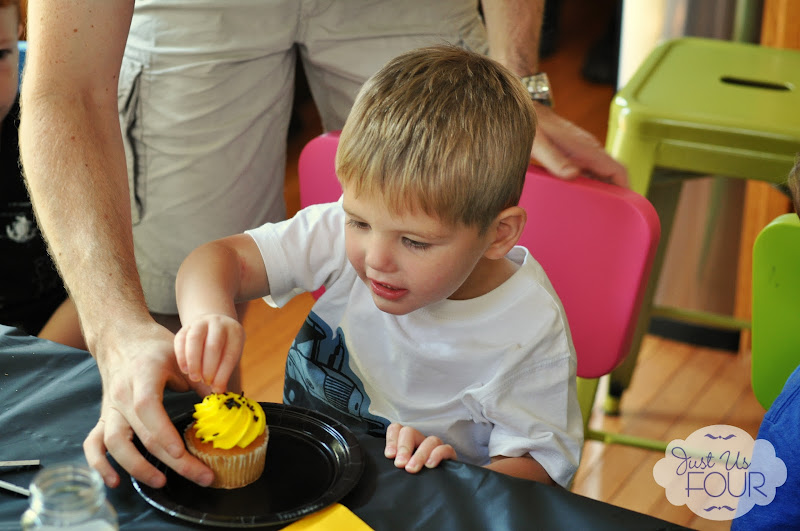 After cake, it was back outside for more playtime followed by giving everyone their favors for coming to the party! 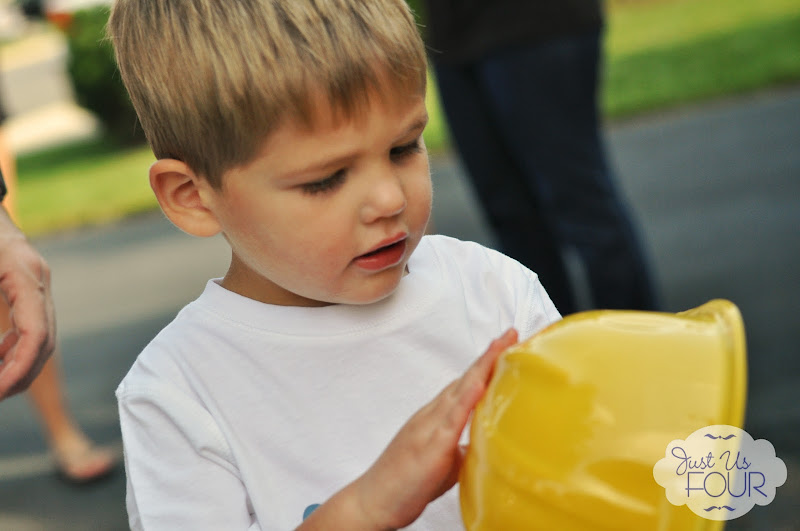 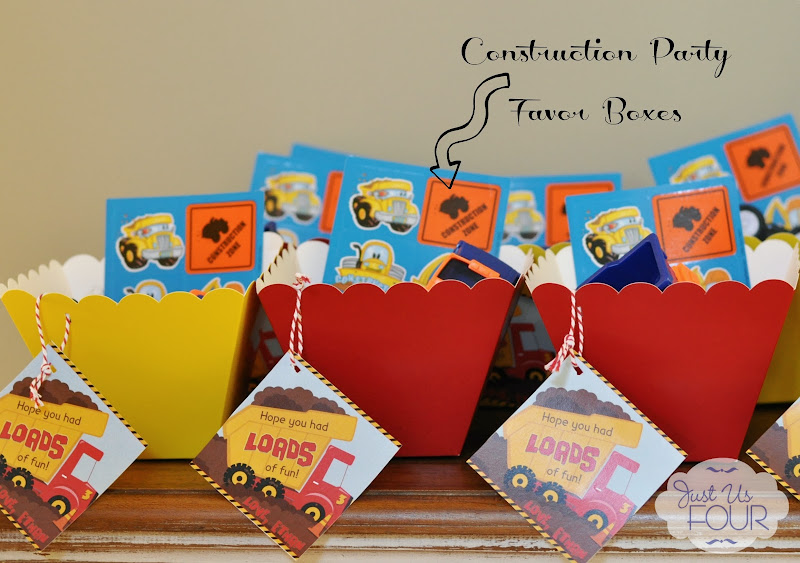 The party was so much fun and E crashed into bed for his nap after it was all done.  Mom and dad weren’t very far behind either!