You are here: Home / Glimpse / A Glimpse: Summer Fun Day

To close out the month of May and get a jumpstart on summer fun, the family and I packed it up and headed to Busch Gardens for a summer fun day.  Busch Gardens is where I went almost every summer as I was growing up and, during college, I had season passes so I could visit all the time.  Now, we are a little farther away but we like to go and take the kids at least once a year.

As we drove in, we were greeted by famouns Loch Ness Monster roller coaster. I was trying to convince Maya to ride it with me but wasn’t being too successful. 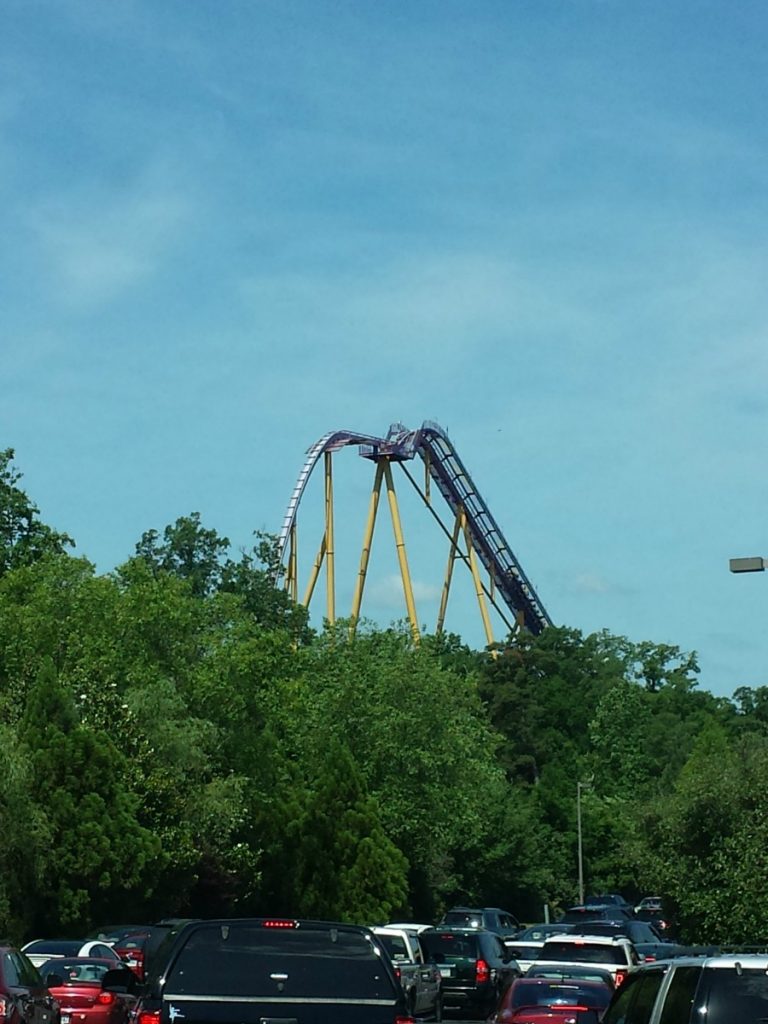 Our first stop was Germany so we could all grab some lunch.  There is nothing like the refuge of Oktoberfest’s air conditioning and delicious food when you are hot and hungry! With full stomachs, it was time to hit the rides.

Maya, Mathlete and H decided to give Verbolten a try so I took E over to Sesame Street Village to play. 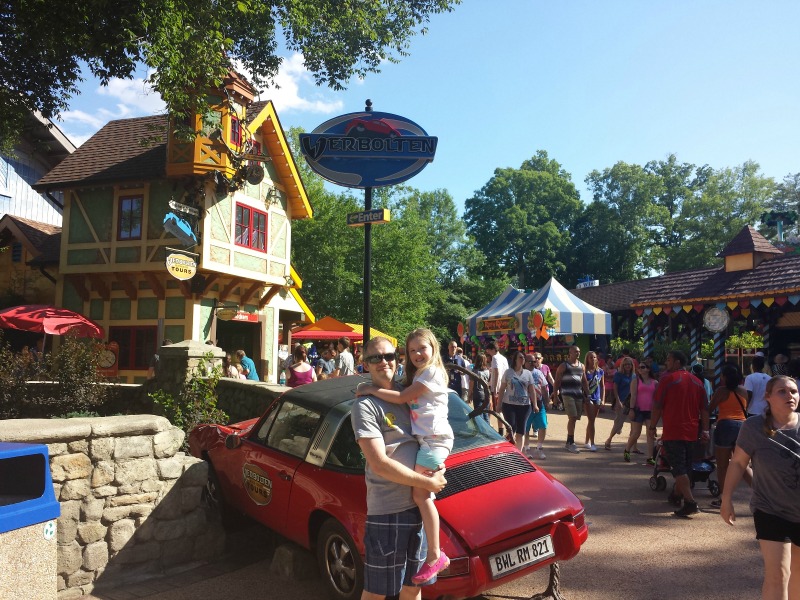 He was in heaven in the sprinkler area and I wondered if I would ever get him out! H joined in the water fun too.  We stayed until the top of the hour when Elmo and his friends started their show.  With the water paused, it was a great distraction to get E out of the area. 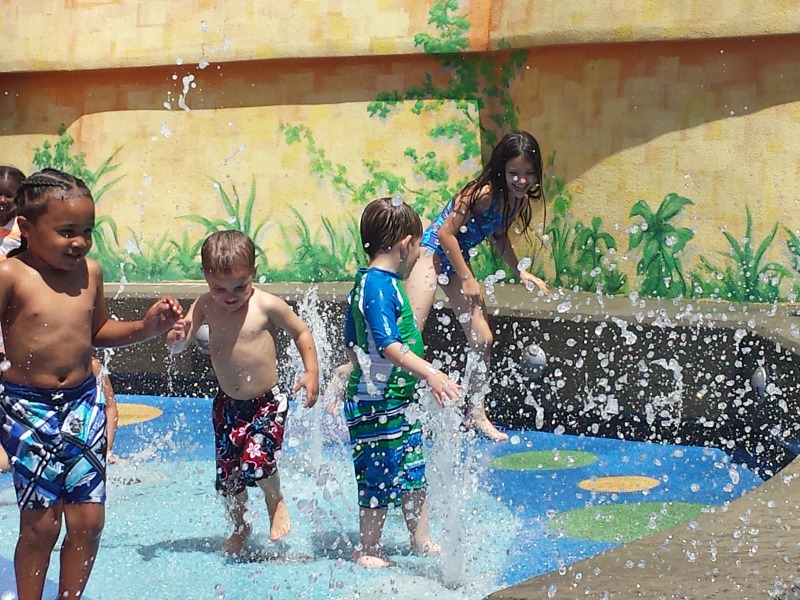 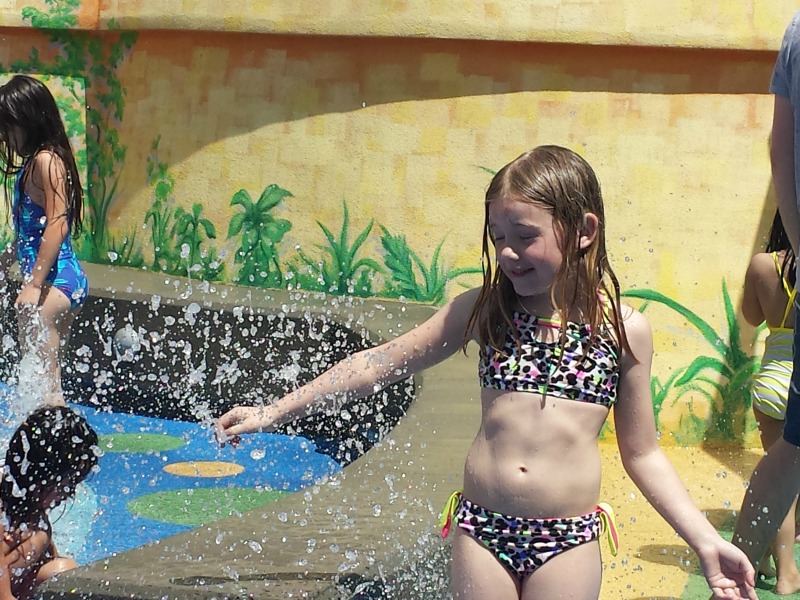 We rode a bunch more of our favorite rides like the swings, Roman Rapids and carousel before grabbing some ice cream in France.  We got around the park much faster this time because I had downloaded the Busch Garden app that helped me figure out what I was closest to and told me how long estimated ride times were. {I got it from the Play Store but they have it for iPhone too} 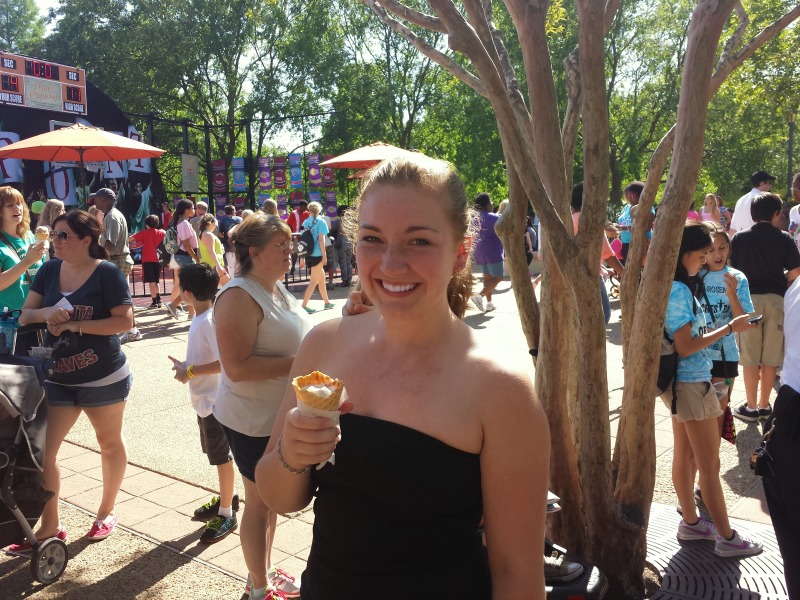 As we headed to the car, we were already talking about when we would make our next trip to the park. I’m really interested in checking out their Food & Wine Festival that runs through the 29th of June so it may be sooner than originally thought.