This felt like an exceptionally long weekend since mine technically started on Wednesday!  Woo to the hoo!  We spent Wednesday night with two of our favorite people doing one of our favorite things…drinking wine! 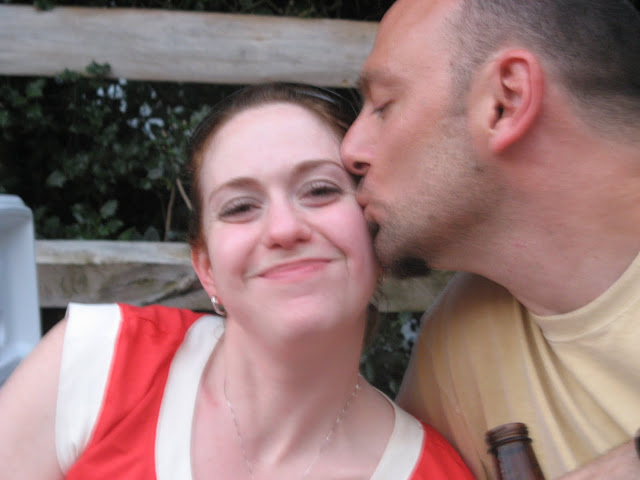 Junior found this really neat little place, Parallel Wine Bistro, that allows you to serve yourself wine by the taste, half glass or full glass.  In all, I think there were at least 20 wines to try.  The boys mostly stuck to beer but the Junior and I went down the line and tasted almost every one available!

Thursday was spent cooking and getting ready for Thanksgiving.  We didn’t make our usual trip to visit my parents which gave me a pretty big case of the sads.  We did get to the spend the holiday with Mathlete’s parents which was really nice! 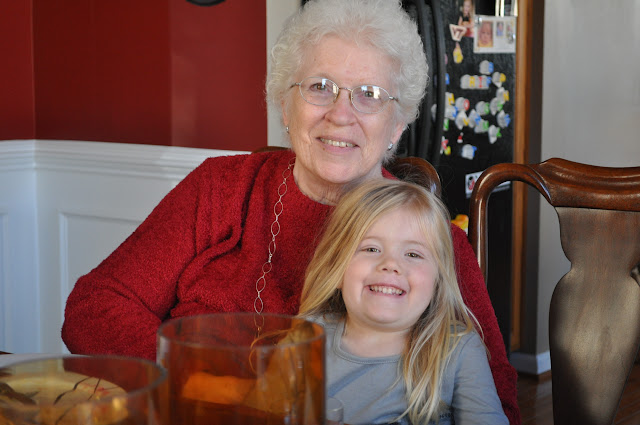 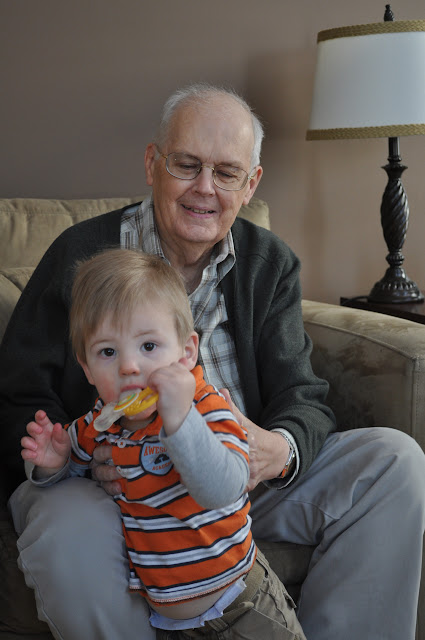 We had all the traditional Thanksgiving things including a pumpkin pie that H made. 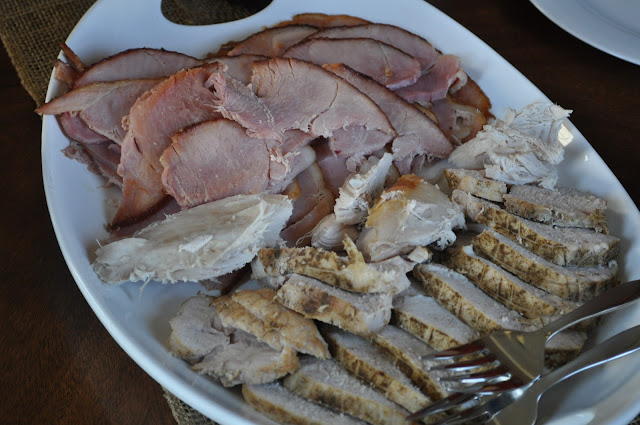 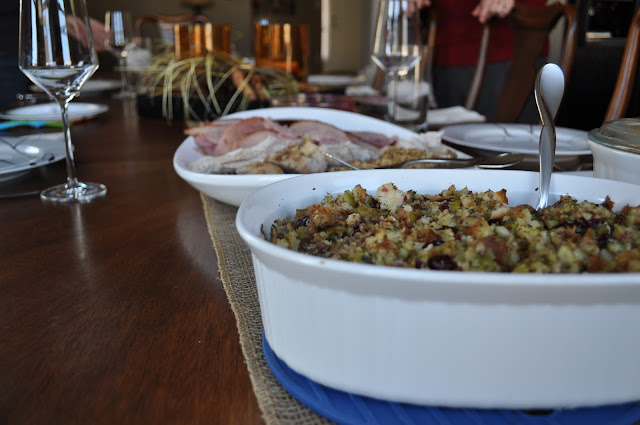 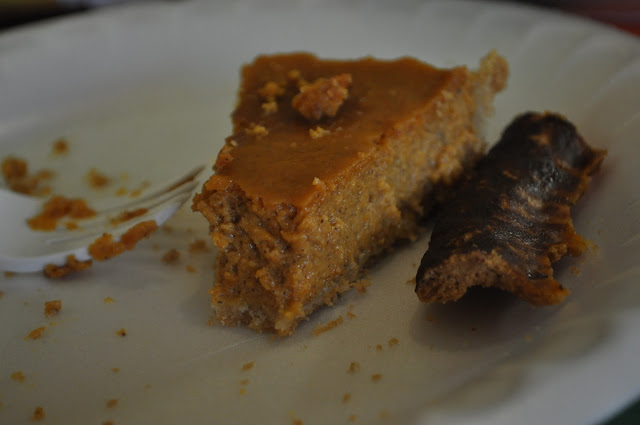 After stuffing ourselves with yummy food, we got to have a special visit with my parents!  Isn’t the internet awesome?! 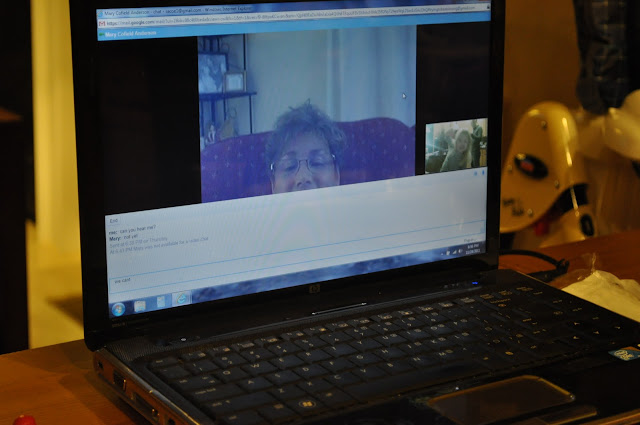 A little nap to get ready and then we literally shopped until we dropped!  So, we spent most of Friday sleeping.

We finished about 95%  of the outdoor decorating and a good chunk of the stuff indoors too.  I’ll be sharing pictures of all that once I finally get around to taking some.  We capped off Saturday night with homemade pizza!
Sunday, Junior and I got up extra early and headed off to the mall for

One of the best parts of the class was the pre-store opening shopping and the 10% off discount.  L-O-V-E!
The guys met us with the kids for our annual Santa picture taking. While we waited, there was lots to look at such as polar bears and snow. 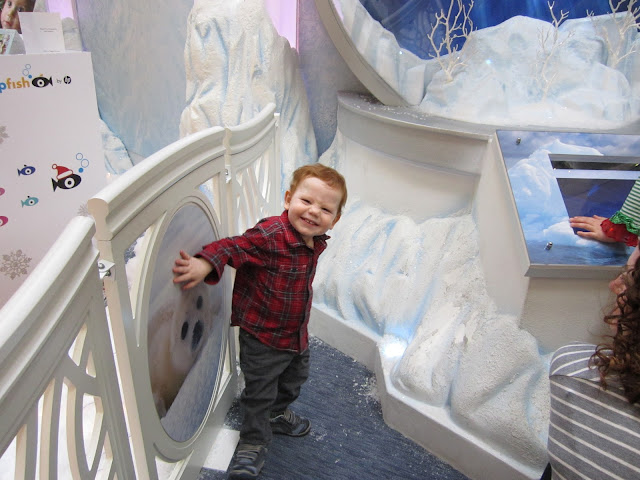 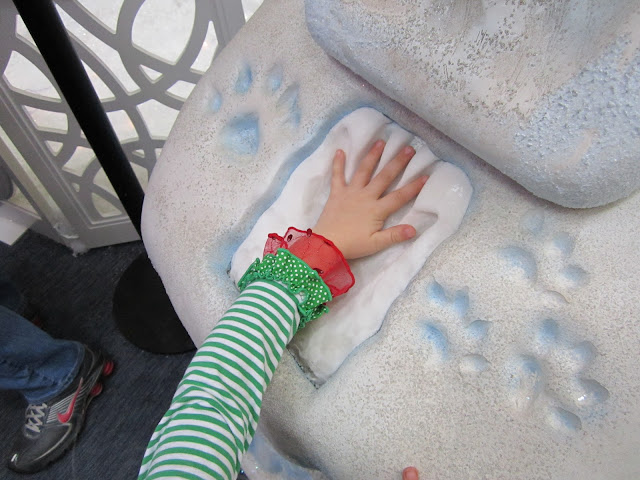 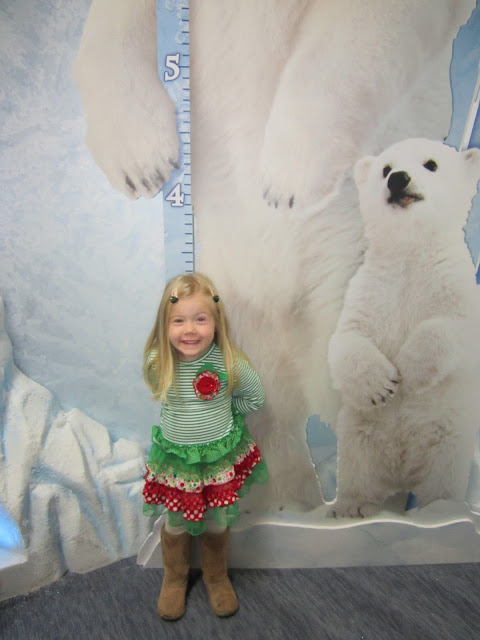 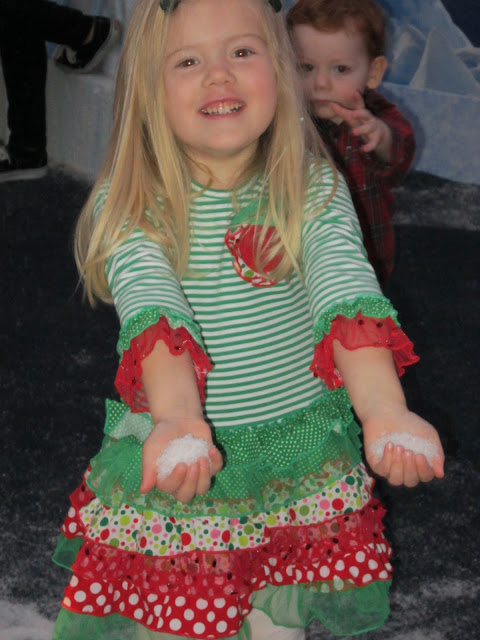 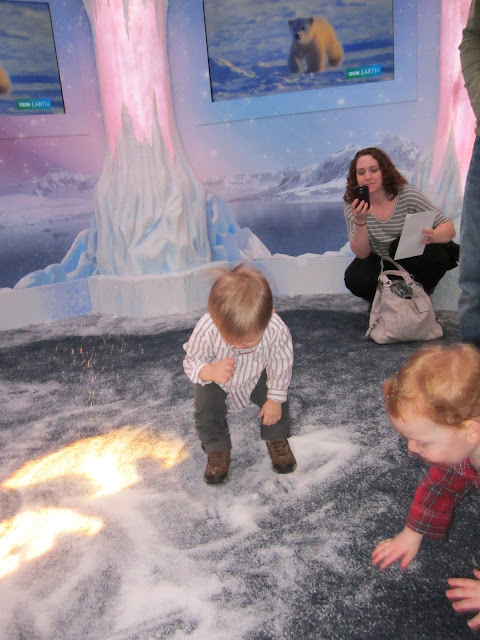 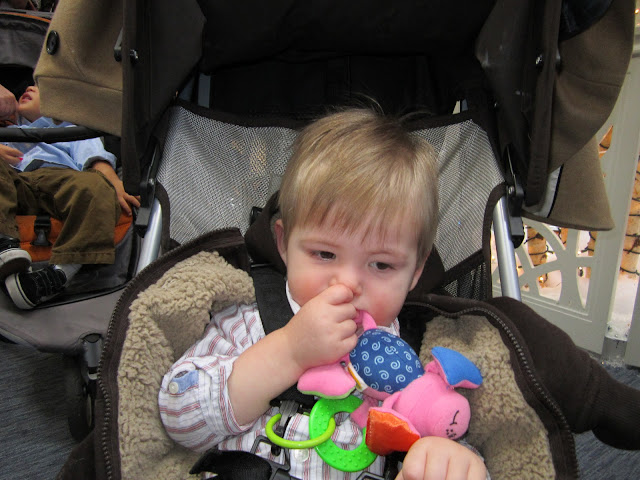 We had a struggle getting all of the kids to look the same way at the same time.  Santa was very patient. 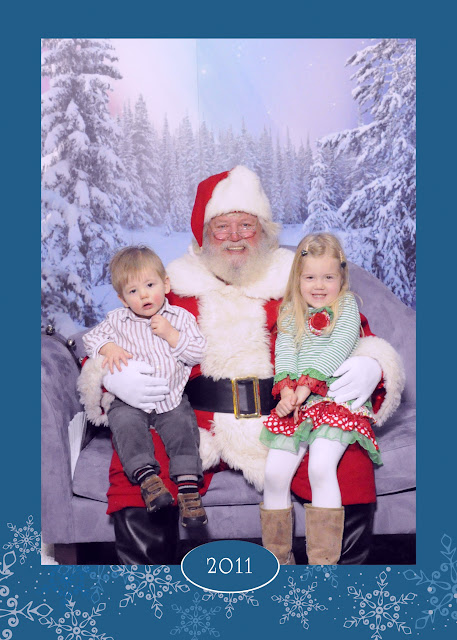 Did you get an extra long weekend?  Spend some time with Santa?  Or maybe you just vegged out with family?

This weekend was an especially great one for several reasons.
1) It was a 3 day weekend for me! Yep, I am back to taking alternating Fridays off and it was pure bliss to have an extra day off.
2) My parents were visiting for the weekend. I don’t get to see them as often as I want because they live too far away. Hopefully, one day that will change.
3) We got to go out on Saturday night!

Friday
We did errands most of the day.  We visited a potential new preschool for H and then hit up the regular places: Target, Costco, Babies R Us.
By the time we were all done with that, my parents were in town and it was time to pick up Baby E. His daycare was closing early that day so we scooped him up and took him home for some grammy time.
I also convinced Mathlete that it was high time we hung some of the random stuff sitting around our house waiting for nails and hammers to help them out.
I’m sure remember my bunny picture.  It’s finally taken its rightful place in the playroom to watch over the kids while they play. 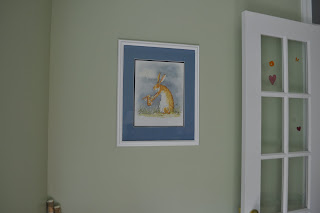 Also in the playroom, we created a new home for all of H’s princess and barbie dolls (yes, it is a canvas over the door shoe rack that we re-purposed). 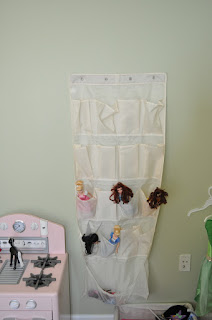 From there, we hit the upstairs spaces like the guest room and H’s room. 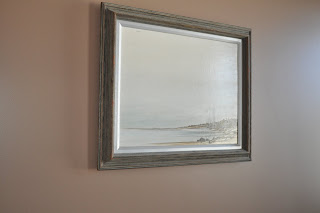 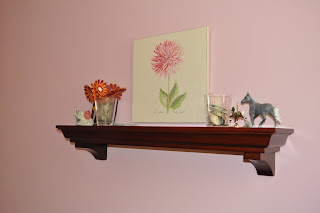 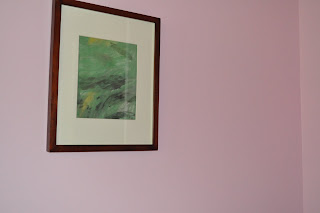 You should go ahead and picture a second frame next to that one along the wall.  We’re using them to display H’s artwork that she creates. Yep, my budding picasso painted the artwork you see in that frame. Not too shabby for almost 4 years old!
Once all of the manual labor was done, we settled in for some dinner and playing outside with the kids.  The men headed out for a boys night after all the kiddos were in bed. Some of the attendees (ahem, Rock Boy) would suffer from their partying the next morning.

Saturday
Farmer’s market day!  H was so excited to take my parents to the farmer’s market.  I’ll apologize in advance for the lack of pictures but mom was the designated photographer for the day and I forgot to swipe her camera for a picture download before she left! Trust me though, it was fun!
From there, we introduced H to the wonders of Mongolian BBQ where she was very excited to watch them cook the food but then ate a quesadilla.
Not only were my parents in town for a visit, they were also there to help us out in a major way.  We had tickets to go see Casablanca at Wolf Trap and they were going to watch our kiddos.  Not only that, they were going to be the ultimate grandparents and watch the 2 kids next door too!  Did I mention I was pretty lucky?
So, while the grandparents coralled the kids, we headed out in the beast to Wolf Trap.  They were playing the movie with all of the music removed and the National Symphony Orchestra playing the music instead.  It was so seamless that, if they hadn’t told us from the beginning, we would not have noticed at all!
Welcome to Wolf Trap (or for some Wasssup Wolf Trap)! 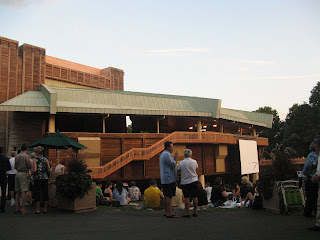 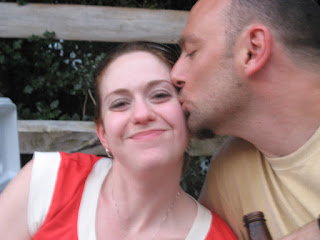 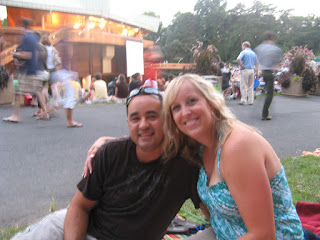 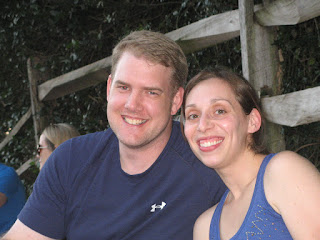 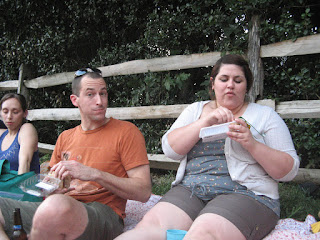 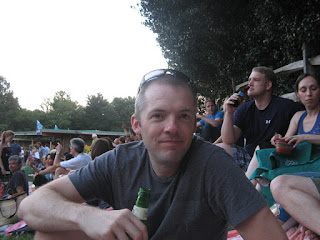 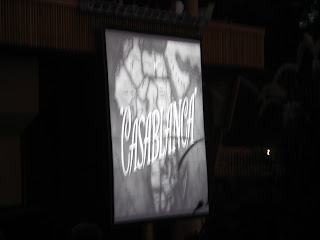 Sunday
Many of us struggled to get up after the fun times the night before.  After pulling it together, we headed to our Sunday morning meeting spot: the pool!  Then, Rock Boy shared a groupon with us so we could all pig out on Pho (H’s fave).
After lunch came something harder than I expected…saying goodbye to my girl for a whole week! She is spending the week with my parents.  She was so excited and I was fighting back tears.  I know she is going to have a blast though so I am excited for her. 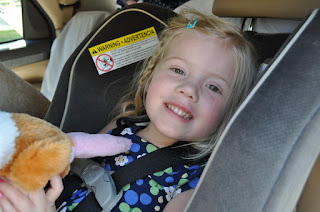 Plus, she has her traveling companion so I know she’s good. 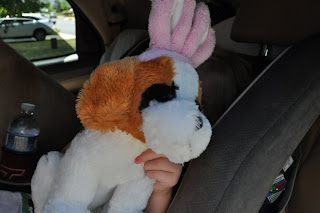 We quickly went from hugs and waves goodbye to the culmination of the meal swap! Can you say “yay distraction?”  The five other ladies from the swap arrived so we could get down to business (more on that later).  Oh, and one brought 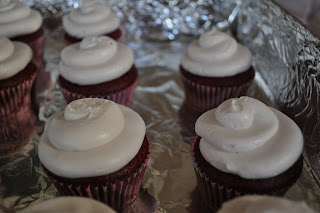 After devouring one (or three) of those, I settled in to work on the project for my Pinterest Challenge project.

Hope everyone had a great weekend too! I can’t wait to read/hear about them.