You are here: Home / Cooking / WTCW in Action!

Sometimes I like to share with you all some of the recipes I post for WTCW in action (like I did here).  Today, I am sharing my experience with making Coconut Lentil Soup which was part of last week’s WTCW.  As a reminder, here is what the subject soup looked like:

That picture had the addition of pickled onions which were not part of the soup recipe.  Note: You can find the entire recipe as I made it up at the link and I made all the changes to spices she recommended.
First up, I gathered all my ingredients. 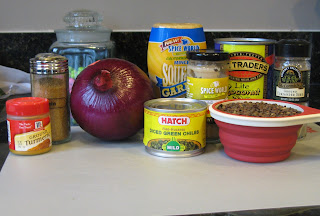 I had purchased a fresh chile but it got lost somewhere in the fridge so I had to resort to canned.  I was also short on time so I used pre-minced garlic and ginger.  Once I had all of my stuff ready, I chopped my onion. 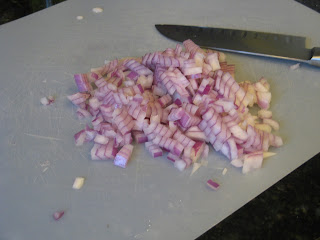 Yum!  The onion went into the soup pan and cooked until it was softened.  Then, I threw in the chile, ginger and garlic. 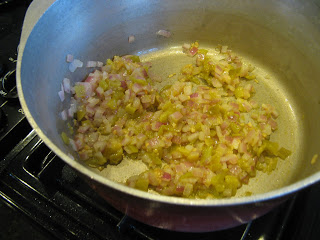 All the liquids were added and it simmered for about 30 minutes (only simmered it longer than suggested because I had my hands full feeding the kiddos). 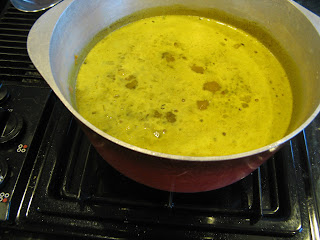 I was planning to share this soup with Junior who just got her wisdom teeth removed.  So, I grabbed my immersion blender and put it to work.  The end result: 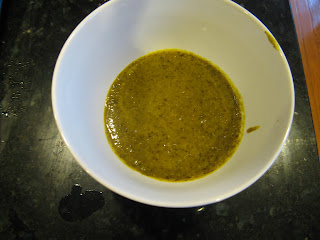 My soup was obviously significantly darker in color and I think part of that was because I used french green lentils (what I had on hand).  The pureeing probably made a difference too.  The taste was fantastic though.  So yummy and satisfying.